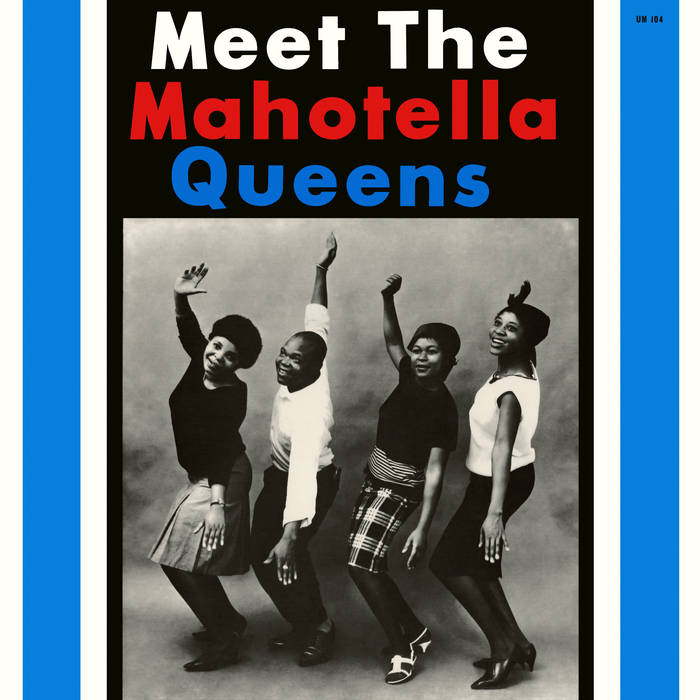 The 1966 debut album from the legendary Mahotella Queens and the very first LP on the iconic Motella label. Deluxe vinyl and digital reissue

"Not long ago - about two years - the country was swept by a craze for a fantastic new kind of jive. First presented and popularised by The Mahotella Queens, it shows no signs of decreasing - in fact it gets bigger and bigger with the release of each new "Queens" record. Demonstrating the dance all over the country, The Mahotella Queens (not to forget their "King", Mahlathini Nkabinde) have become the idols of the young "with it" crowd. Growing from original "Jive Motella" many other fads and variations have recently hit the scene - all of them introduced and demonstrated by The Queens and their King: Jive Mgqashiya (which is available on MO 33 and, incidentally, is named after the word meaning the Bantu traditional way of dancing), Jive Jibav (on MO 50) and most recently a wild, crazy jive called 'S'modern.'

The charm, vivacity and ultra-modern, go-ahead spirit of these vital young artists fully deserves to have captivated the country. Ever since they started, back in Johannesburg in 1963, their fame has been growing by leaps and bounds. Today they have no equal in their field. But although they are the ones who glory in all the limelight, they owe an enormous debt to the "man behind the scenes". He is the "brain" who guided, formed and trained the group - Rupert "Bops" Bopape."