by Lucas Nwananga and His Band 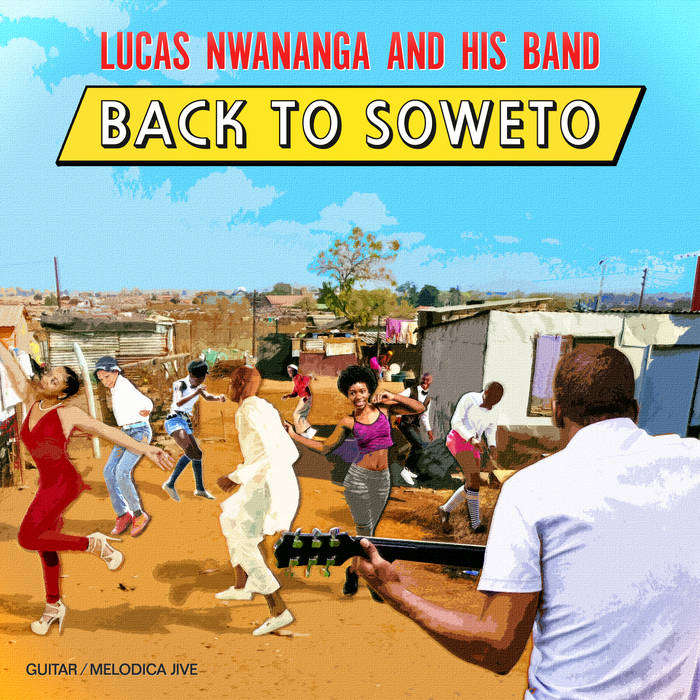 Inspired by the roots of authentic 1960s township guitar jive, this is the exciting debut album from Lucas Nwananga.

Lucas is a Yorkshire-born lad with a keen love of the sound of South Africa. From a young age, Lucas began collecting rare 78s, 45s and LPs of mbaqanga music, the electrified township beat of the 1960s. This happy, carefree music deliberately defied the harsh realities of life for the black population of South Africa.

In his teens, Lucas picked up a guitar and never looked back. He eventually learned to play lead guitar, rhythm guitar, bass, drums and melodica by ear, with no knowledge of music notation – just like his South African heroes and heroines. Eventually, he began connecting with the legends behind this wondrous music and was lucky enough to form lifelong friendships with them.

Lucas deliberately keeps all of his material stripped back in an effort to echo the raw studio environment in which this music was originally developed. Only the traditional combo of lead and rhythm guitar, bass, brushed snare and lead instrument (in this case, a melodica) was used. Although the alto saxophone was commonly used as the lead in instrumental jive, Lucas here pays homage to the brief mid-1960s ‘melodica jive’ craze behind such hits as “Jive Smodern Jive”, “Ice Cream and Suckers”, “Jive March Time” and “Tetemuka Jive”.

While the recording technology has evolved hugely since the 1960s – Lucas recorded this album completely from his home during the lockdown – the same joyous and vivacious sentiments that underpinned the releases of the Makgona Tsohle Band, Abafana Bentuthuko and other veteran bands certainly runs through each track in Back to Soweto.

“Isobho Lethu” is an atmospheric number created in celebration of the great kitchen table and the laughs, tears and food we share around it. The tune revolves purely around the beauty of intense guitar rhythm.

“Bakhala Ngawe Ntombi” is the story of a township girl whose beauty touches the heart of every guy she encounters. But her heart belongs only to one man. Here, he serenades her as only he knows how – through intense Soweto jive.

If 2020 has taught us anything at all, it is that the line between life and death is miniscule. The sentiment behind “Ungamkhohlwa” encourages those who have lost loved ones to carry their memories high forever.

The frenetic “Godimo Ga Thaba” hails the ‘jive mabone’ craze of the early 1970s that spawned some monster hit records, such as West Nkosi's "Two Mabone", Marks Mankwane's "Umthakathi 500", the Zwino Zwino Boys' "17 Mabone" and Joseph Makwela's "Manyeledi, Manyeledi". Melodica, guitar and tambourine combine in pulse-fast harmony. The title refers to the comic spoken introductions made by producer Rupert Bopape in some of these records. "Godimo ga thaba!" ("up on the mountain!"), he would shout eccentrically in his native Northern Sotho.

From the dusty streets of the townships to the urban heights of the English city... this is Lucas Nwananga’s love letter to a crazy, bittersweet era of black life.