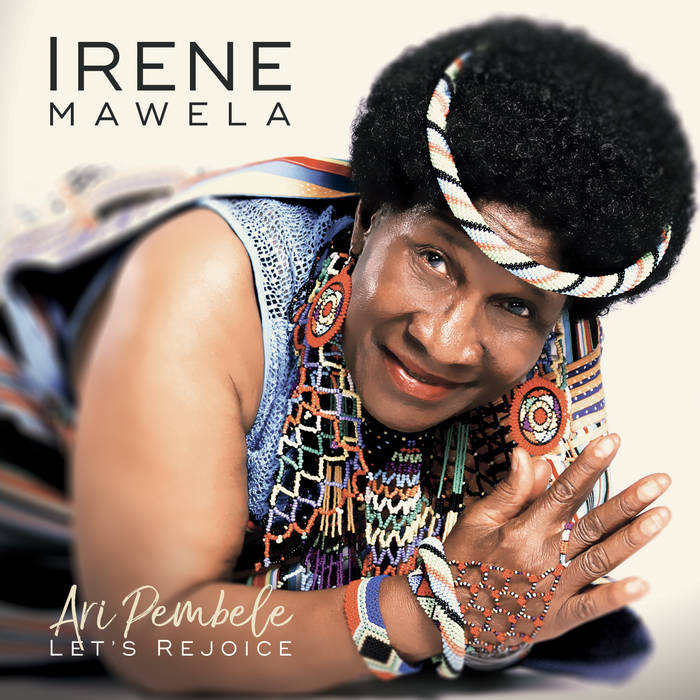 During the now forgotten era of the 1960s and 1970s when Mbaqanga music ruled the townships... and the airwaves... IRENE MAWELA - or VHO-IRENE as she is respectfully called by her loyal Tshivenda fanbase - was one of the small pool of talented musicians providing listeners of the SABC radio stations with a stream of beautiful music. Over a career stretching back to 1957, Irene’s iconic voice has graced hundreds of recording sessions not only of her own material but also those of such renowned names as DOROTHY MASUKU, ALICE DASA, MAHLATHINI, MABEL MAFUYA, RAY PHIRI and THE CANNIBALS, PATIENCE AFRICA and MPHARANYANA.

The tender, enchanting voice remains ever present and in beautiful shape as Irene celebrates her 60th year in the music industry.

Irene was born in March 1940 in Moroka, Soweto. She inherited a love for singing from her mother and later harmonised in school, at church and at wedding ceremonies. Irene’s long association with the music industry began in 1957 after she was ‘discovered’ by the legendary producer RUPERT BOPAPE. For the next 25 years, Irene was a dedicated contributor to some of South Africa’s finest girl group material. Her music was issued under names including KILLINGSTONE STARS, DARK CITY SISTERS, BLACK SEA GIANTS, THE SWEET SIXTEENS, TELEGRAM SPECIALS, BRIT’S SWEETHEARTS, MGABABA QUEENS, IZINTOMBI ZOMOYA and even the latter-day MAHOTELLA QUEENS. In addition, many classic hits were released under Irene’s own name.

Irene’s contributions inspired a new generation of Venda recording artists including ERIC MUKHESE, ELVIS MANDIZA and ALPHEUS RAMAVHEA, all of whom enlisted Irene as a backing vocalist and champion of their music. Her tireless work in promoting Tshivenda music was recognised when she received the prestigious ‘NAMBI YA DZINAMBI’ (’BEST SINGER’) award from the SABC in 1982, 1983 and 1984.

Irene eventually left the music industry to concentrate on raising her family. It was inevitable that the born musician would eventually return to her craft - and she soon did, joining the SABC in the late 1980s to record radio jingles and a number of new, beautifully-written Tshivenda songs for airplay. But it was not until the 21st century that Irene was able to return to the studio to make her first new commercial recordings in over 20 years, returning her name and music to the forefront where it always belonged.

And so, Umsakazo Records is proud to present the latest album of Irene Mawela’s musical renaissance... ARI PEMBELE: LET’S REJOICE. This is the versatility and magnificence of the legend in all her splendour.

Irene’s iconic voice powers through 13 melodious contemporary numbers, each with their own unique flavours of Mbaqanga, Afropop, Gospel and even that staple of today’s youth, House. Each song is accentuated with meaningful lyrics that could only have come from this particular troubadour’s songwriting pen: there are compositions about the power of faith, the state of our society, the wonder of the landscape... and even the weather!

As you can deduce - and will soon hear - there really is no end to this great lady’s creativity. So let us all rejoice... listen... and jive!